Skip to main content
This is a brand new website. Some sections are still in development so please bear with us and watch this space.

A Conversation with Edward de Quay

Carbon Transition Officer at the LSRI, Edward de Quay, discusses with Jesuit European Social Centre (JESC) about what the Catholic Church is doing to push for environmental action and ecological conversion.

This article was first published on the JESC website on 20 September, and re-posted here with permission.

Who is Edward de Quay? Could you tell us a bit about your background? 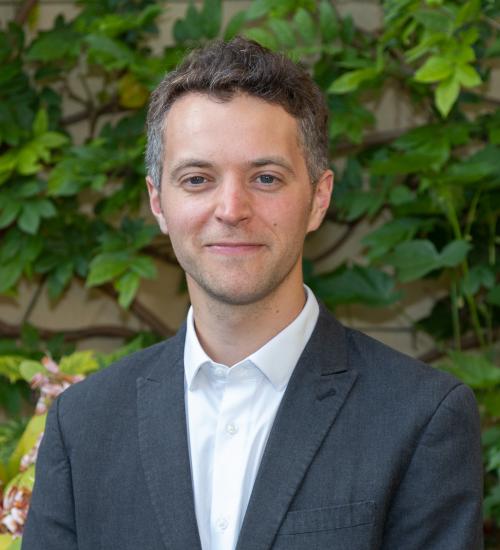 I’ve been doing a variety of jobs for the Catholic Church over the last ten years, mostly to do with social action and the environment. I’m convinced faiths have a big role to play in tackling the ecological crisis we’ve found ourselves in, and I’m currently involved with a project focusing on helping Catholic dioceses to decarbonise with the Laudato Si’ Research Institute (the research project is being piloted by the Diocese of Salford in collaboration with St Mary’s University and the LSRI. I get to work with some excellent people). We’ve very grandly called the project ‘Guardians of Creation!’ I also co-founded the ‘Ecological Conversion Group’ with my brother and friends, whose aim is to provide education on integral ecology and encourage ecological conversion in the church, especially through community action.

How did you first get in touch with  Ecology? Did your faith have any role in this?

There is a classic series of books by James Herriot about his adventures as a new vet in theYorkshire dales in the 1930’s. I’ve read them over and over again, mostly because they are very funny, but possibly subconsciously because of the way the characters understand their dependence on the land they live in and the animals they raise, and how content they seem even though their lives are hard and could be seen as very simple. I don’t think I made the faith link particularly until studying themes like climate change and globalization at university and beginning to see how the poorest are always the most affected by the ecological crisis. The release of Laudato Si’ probably tipped me over.

The Laudato Si Research Institute was officially launched in 2018, could you introduce us to the work being done at Campion Hall?

The core of the institute is multidisciplinary research, so looking at ecological problems from lots of angles and making links between disciplines, being inclusive of religious traditions and bringing in the voices of the most affected. We want the institute to model a new way of approaching higher education and to be a positive influence on those in positions of power (policymakers and so on) for the flourishing of our common home. Last year the LSRI focused on women and ecology, this year the focus is gratitude, and next year it will be land and ecology. In addition, the LSRI is initiating a ‘Global Laudato Si’ Research Network’ to advance knowledge and connect research to practice globally.

The soon-to-be launched Laudato Si Action Platform puts the focus on those who lead in the field of decarbonisation and ecological conversion. During your work at LSRI, have you encountered particularly inspiring projects or initiatives which deserve to be better known?

Absolutely! We often come across inspiring stories locally, whether through CAFOD’s Livesimply award, lay-run movements like the ‘The Journey to 2030’ or Salford’s ‘Laudato Si’ Centre,’ or just individuals being inspirational. I particularly like the ‘B.O.B. (Bird or Bat) Box’ project which promotes biodiversity and raises funds for CAFOD. Projects that are fun, build community, and are good for the planet are my favourite. On the global level, I particularly liked a National Geographic article describing Ethiopia’s ‘church forests,’ which are a perfect example of the importance of places of worship in conservation efforts.

In the context of COP26 and a critical decade for Earth’s climate, is there a growing need to boost transformative action relative to environmental education and advocacy? Is this re-prioritisation the new frontier for the Laudato Si' movement?

I think there is just generally a need to help people understand the urgency of the situation, but in a way that isn’t finger wagging or panic inducing. We need a joyful vision of a future we are excited about working towards, which really is the bread and butter of world religions, isn’t it? For my line of work, that future might be really engaged parishes which are magnets for the local community, where people are enthusiastic about the potential of the church to make their lives better and to give opportunities to care for creation. If we can have communities that are focused on building good relationships (with God, each other and the planet) rather than on material or ‘sofa’ happiness, we would probably be a long way towards solving the problem. That said, we absolutely need to be working very hard on the nuts and bolts of decarbonisation and making sure policy is going in the right direction, and also be very aware of and actively tackling international implications of our consumer culture (modern slavery, trafficking, climate induced displacement, conflict minerals and supply chains, and so on).

The Church of England has set 2030 as its target to achieve carbon neutrality, and other UK-based faith actors like the Salford Diocese and others are piloting initiatives with similar aims. As a decarbonisation officer at LSRI, what is your take on the state of affairs on emissions reduction efforts within the church in your context?

I think we are making a lot of progress, and in England and Wales we’ve been progressively
buying more and more green energy together over the last 20 years, so that most churches are now buying green energy through a body called Interdiocesan Fuel Management. The challenge is that however good the energy supply is, we still have to be efficient with it. I read an article once that indicated that people tend to use much more energy when it is green because they think it is guilt free. It still takes a lot of work, infrastructure, and materials to generate electricity, we can’t just indefinitely build more wind turbines to meet demand. Churches are both difficult to heat and insulate, especially the older buildings, and heritage restrictions often mean it isn’t always easy to get solar up on a roof. So, it is a massive challenge to make our parishes more energy efficient and there are lots of people actively trying to figure out the best solutions. Two dioceses have now set their ambition to be carbon neutral by 2030, and I’m sure others will follow. There is an intimidating amount of work to do, but I’m really encouraged by how much enthusiasm there is!

From your experience, is there a formula or a particular combination of factors which determines success or failure in this area? If so, what are these elements?

There is no magic formula but really making an effort to bring everyone together to talk about how the work affects them and how they can contribute is so important, from the Bishop to the parishioner. Learning from others is also important, and we are bringing together as much expertise as we can through the ‘Guardians of Creation’ project to help dioceses access this. It also really helps if a diocese is able to employ someone to coordinate the work, but that is not always possible. Probably the most important thing though is to get started! This is no longer a niche topic and there are people willing to help out.

As a conclusion, are you hopeful the church world will rise to this important challenge?

Of course! But ‘the church’ does not just mean Bishops and Cardinals, getting involved
locally and building community is key.