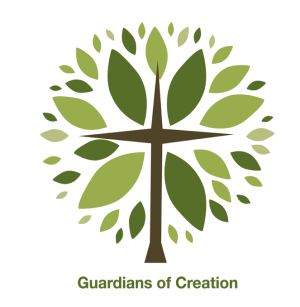 Faith groups in the UK, collectively, have a significant property footprint. For the government to meet its legally binding target of reducing carbon emissions by 78% by 2035, the built environment, which is responsible for approximately 40% of UK emissions, will need to decarbonise quickly. This first report from the ‘Guardians of Creation’ project will help Catholic dioceses begin that journey, providing advice on developing a buildings decarbonisation strategy.

Each Catholic diocese in England and Wales is responsible for hundreds of buildings; churches, halls, schools and presbyteries, in a variety of sizes, conditions and uses. Initial findings estimate that in the Diocese of Salford these buildings (excluding Catholic schools) are responsible for the equivalent of three hot air balloons full of carbon dioxide every day. Data for schools is still being collected, which it is expected will increase this amount several times over.

The report, ‘Guidance on Developing Strategy for Decarbonising Catholic Diocesan Building Stocks,’ is based on consultations with diocesan managers and expert participants from industry and academia. It offers guidance on developing a strategy to reduce the operational emissions of diocesan building stock, breaking the task of decarbonisation down into comprehensible, manageable elements.

This is the first report issued as part of the ‘Guardians of Creation’ project, which is running as a pilot in the Diocese of Salford. The insights from this pilot project are being translated into tools to support other dioceses. During the lifetime of this project, practical guidance will be released on topics such as calculating a carbon footprint and environmental auditing within a diocese, as well as social and theological aspects of sustainability in the Catholic Church.

The Guardians of Creation project has been developed collaboratively with the Diocese of Salford, St Mary’s University and the Laudato Si’ Research Institute at Campion Hall, University of Oxford.